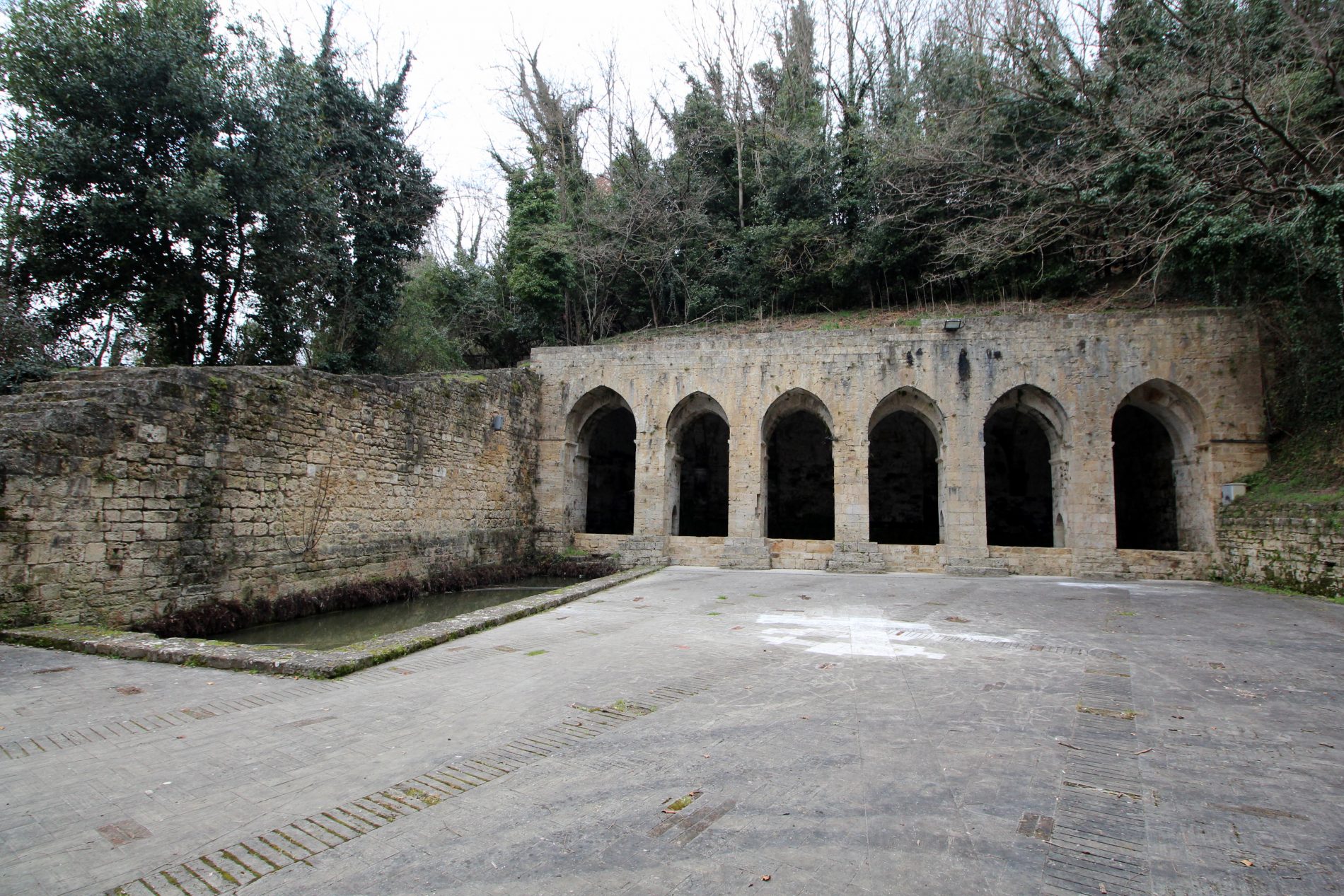 For this visit we must move to the province of Pisa and more exactly to Poggibonzi. The source was erected in the second half of the 13th century and the narration tells us that it can be attributed to Balugano da Crema. The place of its construction was called Valle Piatta and was buried in 1484 from the land of the construction work of the Medici fortress of Poggio Imperiale. After the years of abandonment, in the early 1800s it was brought to light. The source is made of travertine and has the typical characteristics of public sources built in the Sienese territory between the thirteenth and fourteenth centuries. The facade consists of a portico with six double pointed arches. The arches are supported by pillars over 2 meters thick inside which a series of pointed arches were created to facilitate the flow of water.