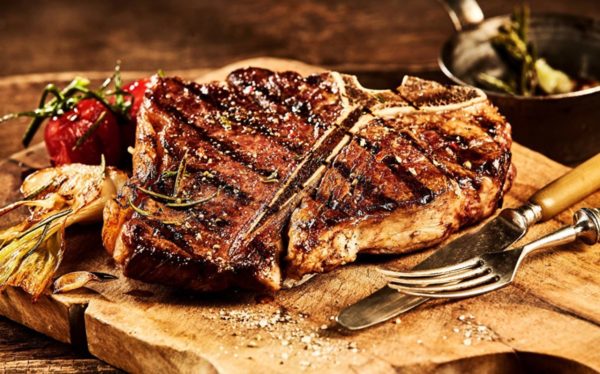 You are organizing your holiday in Tuscany and among the many attractions you dream of seeing there is always the special one that unites a little all in every part of the world: the kitchen
Tuscany is a region rich in delicious and unique dishes; trying them all could be a bit difficult given the large amount but we suggest some of them first, second and desserts.

Tuscan ham and Tuscan salami Finocchiona
The Tuscan ham, famous in all the tables of the region, has a maturing of about 12 months and presents a rind rich in spices and peppery while the meat inside presents different shades of red for a strong taste and much appreciated, a consequence of the seasoning used.
Finocchiona, commonly known as “Tuscan salami” is prepared with minced meat, fennel seeds and a shower of Russian wine. His seasoning times are very long but the wait is worth considering the particular taste.

Here we show you a small list of the most renowned first and second courses among the typical products of Tuscany and of which you will surely already have heard of at least once.

Cacciucco
The most typical dish in the Livorno area, the cacciucco is a hot fish-based soup covered in tomato sauce and laid on slices of toasted base.

Ribollita
The ribollita, another poor dish deriving from the long poverty periods of the peasants, is simply a soup of stale bread and vegetables … but with a peculiarity that makes it the “ribollita”.
The peculiarity consists in its preparation, handed down over the years; the peasant women cooked a large quantity of soup and then heated it in the pan the following days. Hence the name “ribollita”, due to its reuse in the days following the preparation.

Tortelli di patate
Also famous all over the world, the Tuscan potato tortelli, which are not like the tortelli and tortellini that we know but are distinguished from the other types by their shape, often large squares or half moons with a filling, composed of boiled potatoes, parmesan, salt and spices.

Florentine steak
One of the most famous dishes of the Tuscan tradition and known throughout the world, (always one of the dishes that is most sought after by tourists on holiday in Tuscany). It is obtained by cutting the Chianina beef loin which has a T-shaped bone in the middle with the thread on one side and the sirloin on the other. It is precisely this form that has renamed Tuscan Florentine abroad with T-bone steak.

Florentine tripe
Florentine tripe, a typical dish of the Florence cuisine, is composed of very poor ingredients such as tripe cut into strips and cooked with a sauté of onions, carrots, celery and parsley, garlic and chunks, peeled tomato oil and spices.

Rosticciana
Another typical second course of meat in Tuscany is the rosticciana, or grilled pork ribs seasoned with spices.

Lampredotto
The Lampredotto, together with the Florentine, is famous throughout the world, especially by lovers of street food. Typical Florentine food, it is a poor dish represented by the stomach of the bovine, in particular the one called “abomaso”.
It is prepared by putting the meat to boil in water with tomatoes, celery, onion and parsley and served either with the dish or with the sandwich (option favored by product lovers)
It is possible to find numerous kiosks thanks to the high demand of the product by inhabitants and tourists. Finding it will not be difficult at all.

To complete a menu that respects itself you certainly can’t give up the pleasure of dessert. Tuscany offers many and different types, those are the ones you surely can’t miss:

Ricciarelli
Ricciarelli are typical sweets of the Siena area and are composed simply of almonds, sugar and egg white.
The dough that comes out, similar to marzipan, is enriched with candied fruit and vanilla. The desserts have an oval shape and a cracked surface, a distinctive sign, which is coated with icing sugar.

Torta co’bischeri
At first glance, this cake co’bischeri, would seem a common tart but the secret is inside it; in fact you will find a filling made from chocolate and rice.
Why “bischeri”? the bischeri are those bends of the short pastry that are formed outside the cake, particularity of the dessert, each folding or “bischero” is different from the other.

These are just a few examples of typical products of Tuscany and dishes, traveling around the region you will find dozens and dozens of other unforgettable dishes.

What are you waiting for? come and discover Tuscany and its good food both in summer and in winter! You will not regret it!